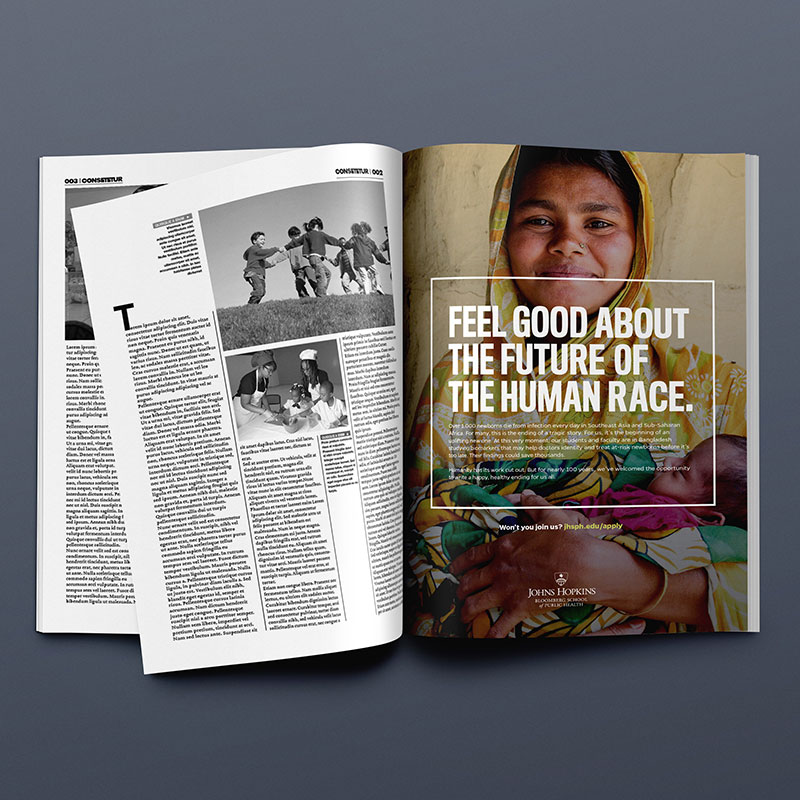 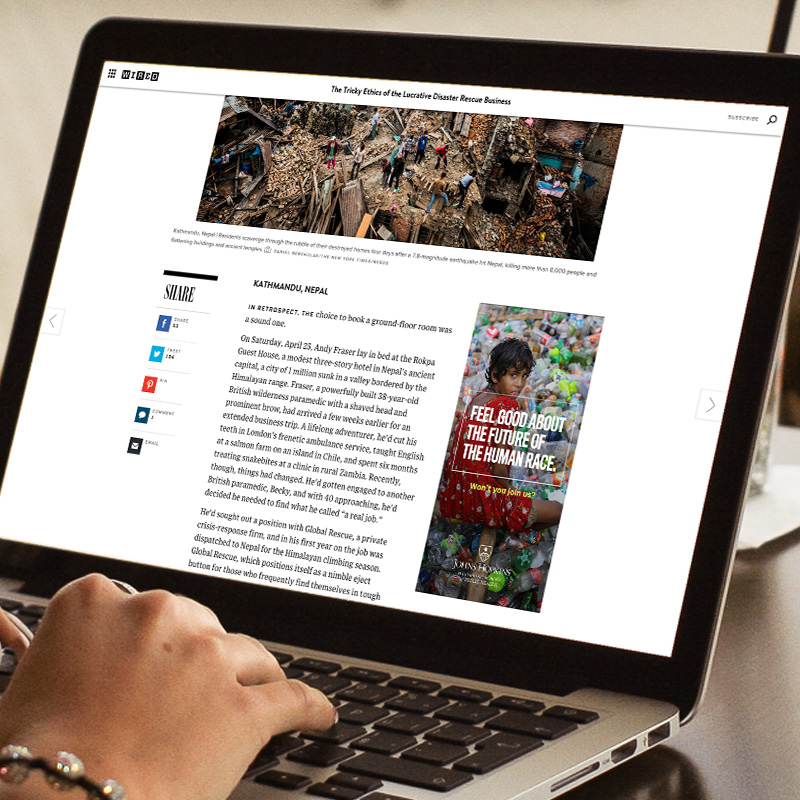 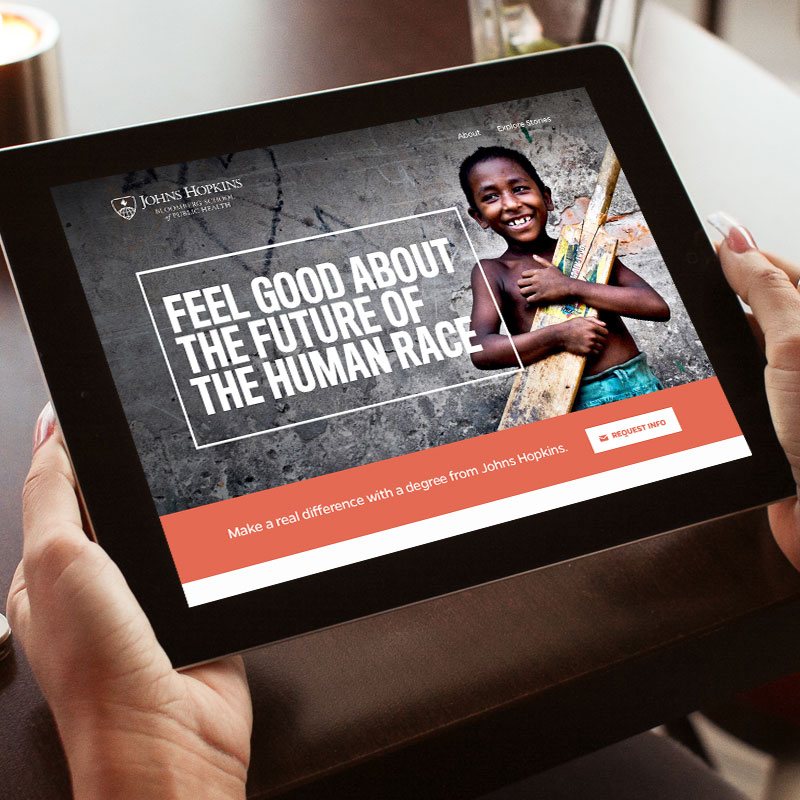 Johns Hopkins Bloomberg School of Public Health wanted to create an integrated campaign to both attract and bond the best public health students in the world. The Feel Good campaign includes banner ads, print ads, billboards, as well as a landing page that collects and funnels prospective students to the admissions team. The optimistic tagline of the campaign, “feel good about the future of the human race” (excerpted from a speech given by the school’s dean) is supported with real stories about students, faculty, and researchers who’ve made an impact on the public health community. The campaign was recognized by the Collegiate Advertising Awards and received a Gold Award for graduate school web advertising.

My role in this project started during the development of the campaign’s concept. Working alongside a team we collaboratively identified multiple concepts that had potential. I was the lead designer on the Feel Good concept which was the chosen concept.